Our Sponsor, the WLI

Parent Category: About Us
Category: Our Sponsor, the WLI 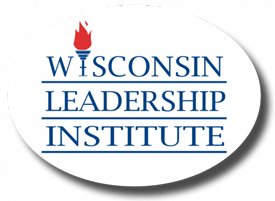 Our Better Angels (OBA) was created in 2015 as a qualified subsidiary of the Wisconsin Leadership Institute (WLI).

The WLI itself was created as an initiative of the Wisconsin Governor’s Commission on the Study of Administrative Value and Efficiency (the SAVE Commission), which conducted a wide-ranging study of strategies to enhance the performance of state, county, and municipal governments in Wisconsin in 1994.

After eighteen months of research and discussions within special task forces and existing groups all over the state, the Commission issued a report in 1995 which listed 21 problem areas and projects for improvement. The top priority was creation of an institute to develop leadership skills and values among public servants at all levels of government. The report on which the Commission based its recommendation for a leadership institute was written by Dr. Jack Christ, Professor and Director of Leadership Studies at Ripon College in Ripon, Wisconsin.

A broad-based steering committee chaired by Dr. Christ spent much of 1995 developing the Wisconsin Leadership Institute, which was formally incorporated in December, 1995, with headquarters at Ripon College. The first President of the WLI board of directors was Virginia Duncan (now Gilmore); the first Executive Director was Jack Christ. In 1997, the WLI entered into a formal agreement with Ripon College to maintain separate nonprofit identities but to collaborate on projects and on creation of educational materials for national and global distribution. In 1998, the WLI produced a series of four audio cassette programs collectively titled Transforming Leadership. The WLI achieved official nonprofit status from the Internal Revenue Service as a 501(c)(3) tax-exempt organization in 2000.

Also in 2000, the WLI created the Collaborative Leadership Network (CLN). As a qualified subsidiary of the WLI, the CLN changed the orientation of the WLI from service to leaders in Wisconsin government to educational projects and materials for youth. In 2002, the CLN awarded its first “Wisconsin Collaborative Leader of the Year” award, won by the WLI’s first board president, Virginia Gilmore. In 2008, after four years of research and development with support from several Wisconsin foundations, the WLI published Leading Together: Foundations of Collaborative Leadership, a four-year curriculum for use in high school classrooms and youth groups. In April, 2015, the WLI board created Our Better Angels (OBA), another qualified subsidiary to expand its mission in support of a wider variety of educational and philanthropic Good Causes.

Current Members of the WLI Board of Directors 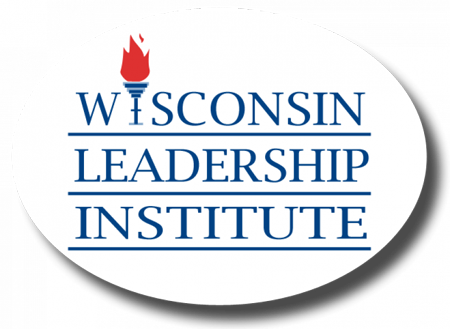