The Golden Rules of the World’s Major Religions

Alec Fraser is a retired US Navy captain who commanded two US missile ships. After a 25-year career in the Navy, he served as president of Turner Properties, a division of Turner Broadcasting. His book, Damn the Torpedoes! -- Applying the Navy’s Leadership Principles to Business, published in 2016 by the Naval Institute Press, describes four principles of Navy leadership and shows through his own experiences “afloat and ashore” how they are directly applicable to the world of business. The writing is crisp, clear, and concise, as one might expect from a ship’s captain and a graduate of USN Academy at Annapolis. It is also entertaining, and it presents clear and practical leadership lessons from a perspective not often seen in books and articles on leadership.

For plebes – first-year students – at Annapolis, Fraser tells us, only four responses are allowed to any order or question. Those four responses are “Yes sir or No sir,” “Aye-aye, sir,” “No excuse, sir,” and “I’ll find out, sir.” And each one, he says, embodies a principle of leadership that has served the Navy and its captains and crews throughout its history. To provide some perspective on these principles of leadership, the first chapter of Damn the Torpedoes! offers a glimpse into the daily life of a Navy ship captain. As he leads you through his routine aboard a missile cruiser, he shows how various leadership strategies and tactics are applied on a daily basis.

Conflicts create the need for change, and they arise as the result of change. Managing conflicts is one of the most important leadership skills.

Conflict can be uncomfortable, but it is not always unhealthy. And the question that a leader should ask is not, “How do I avoid conflict?” The question should be, “How do I manage conflict effectively in order to produce positive change?”

Some years ago, a mid-level bureaucrat working for the Environmental Protection Agency decided to try an experiment. He contacted several of his friends in federal service and asked each of them to log an entire workday, minute by minute, just to see for themselves how they were spending their time.

One refused, probably because he knew ahead of time what the results would be.

Conflicts create the need for change, and they arise as the result of change. Managing conflicts is one of the most important leadership skills.

Conflict can be uncomfortable, but it is not always unhealthy. And the question that a leader should ask is not, “How do I avoid conflict?” The question should be, “How do I manage conflict effectively in order to produce positive change?”

If conflict is managed effectively and productively, the result is less stress, more creative problem solving, and stronger relationships between team members and between leader and followers.

Conflicts can be very complex. Managing them is almost never simple. Three common approaches are differentiation, fractionation, and face-saving.

Ryan Kane is Athletic Director and men’s basketball head coach at Ripon College. This blog addresses remarks made by Coach Kane regarding his leadership roles on and off the court. Questions for the interview were prepared by Elliott Holt, Esteban Borja Pena, Clark Cunningham, Jaylen Mahone, and Jacob Zuehlke, all members of the Ripon College Business Leadership course in the fall semester of 2021.

What drives you and keeps you motivated year after year?

From Scratch: Building the Women’s Athletic Program at Ripon College

When asked about her adolescence, Coach Coll described herself as a tomboy because she always wanted to be around sports:

I don’t know if anybody remembers tomboys and so I liked to hang around the little league field, you know and see if I could get anybody to show up and we could play ball or something. So I always liked sports. I wanted to be able to play, but there was no place to play. 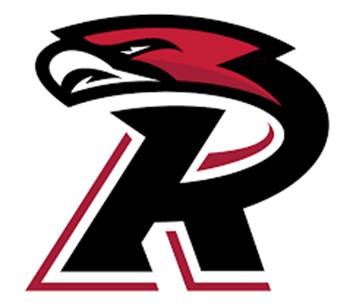 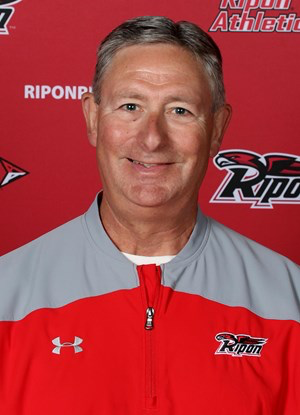 Rick Coles is in his 23rd year as a faculty member and coach for Ripon College’s football program, where he currently serves as the team’s offensive line coach. He served as the team's offensive coordinator for 16 years from 2004-2019. He also serves as Ripon College’s Pieper Chair of Servant Leadership. Below is an interview with Coach Coles that addresses leadership behavior beyond the X’s and O’s. The interview was conducted and edited by Mickey Babjak, Erik Frafjord, Daniel Garcia, Reece Schreckengust, and Zach Gustafson, all members of the Ripon College Business Leadership course in the fall semester of 2021.

Please summarize your own personal story from adolescence to your career as a leader. How did you first decide that you could be an effective leader?

When we need a rocket scientist

Woman Suffrage, Carrie Catt, and the League of Women Voters

In 1920, immediately before passage of the Woman Suffrage amendment to the United States Constitution, the League of Women Voters was founded by Carrie Lane Catt and her colleagues. The crusade for women’s voting rights spanned four generations, but the actual back story began long before the advent of recorded history.

Throughout most of human history and prehistory, women’s roles were played out mostly within their families. In public, especially in leadership positions, women’s roles were almost entirely subservient to those played by men. Before the advent of modern technology, most work involved physical muscle and physical skills developed almost exclusively by men and boys, and their preparation for adult behavior was reflected in physical sports and games. Though the Old Testament refers to the standard human life span as three score years and ten, the actual life expectancy was less than thirty years throughout the ancient world, which meant that women had to specialize intensely on child-bearing and child-rearing if the human species expected to survive, let alone flourish.